István Hegedűs is the Chairman of the Hungarian Europe Society, an NGO based in Budapest. He holds a Ph. D. in sociology and is a former liberal member of the first free elected Hungarian Parliament (1990-1994) and a former member of the Opposition Roundtable (1989) during the regime-change. 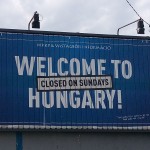