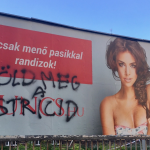 Who Pays for Your Sex Life?

In 2016, Hungarian state agencies supported a controversial “sugar daddy”-webpage with a 14 million Euros grant. Andrea Petö, Professor at the Central European University in Budapest, on the current situation in Hungary, structural inequities and global discussions on state-financed sex work.