The Local Elections in Romania – Business as Usual?

In regard to the latest developments in Romania, the country has experienced visible protest movements since 2013. At the beginning of July 2016, local elections were held. Tina Olteanu argues that those elections are not only a test for the upcoming parliamentary elections at the end of this year. They are also an indicator where voters in general and the protest movement(s) in Romania are heading. 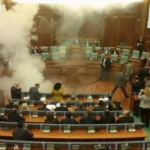 Tear Gas in Parliament: The Political Elite Crisis in Kosovo

Kosovo’s Parliament is blocked with tear gas for now four months. This blog entry discusses how the current events manifest a larger political elite crisis in the country by describing important events, past or upcoming, governance performance and positions and strategies of the major parties. 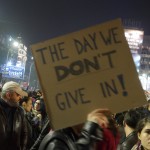 From January 2012 until December 2015, Romania faced the most important social movements since the fall of the communist regime. This article represents an overview of the main street protests which marked the rise of a consistent and powerful civil society.